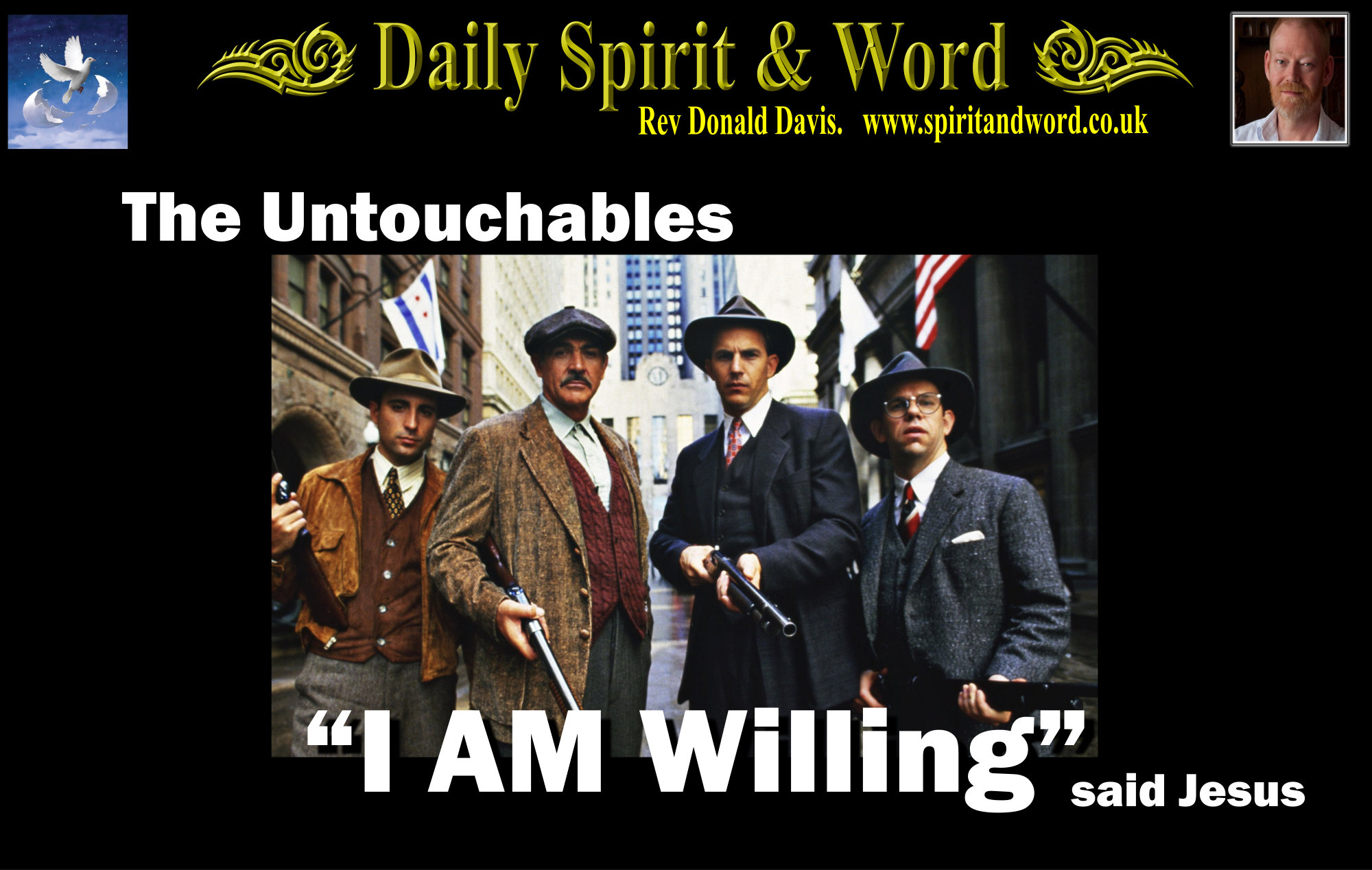 Would You Touch A Leper?

Good morning my friends, in our Church we’re about to begin a new preaching / teaching series on the Gospel of Mark. I’m getting ready and have been reading it through again. I was touched by my King Jesus today, because He’s willing and ready to touch everybody.

Leprosy is a disease: It has many forms, but in it’s worst form it is contagious, it spreads and isolates people.

In the time of Jesus they didn’t differentiate between forms of leprosy they treated everyone who contracted the disease the same; they isolated them and made certain they kept their distance from uncontaminated people.

Bells were placed around their necks and they were to shout a warning when approached by someone “Unclean, Unclean” “Leprosy” or “Leper coming through”… Leviticus 13:45-46  “The person with such an infectious disease must wear torn clothes, let his hair be unkempt, cover the lower part of his face and cry out, ‘Unclean! Unclean!’ 46  As long as he has the infection he remains unclean. He must live alone; he must live outside the camp.”

Would you touch a Leper? Jesus did!

Mark 1:40-45 A man with leprosy came to him and begged him on his knees, “If you are willing, you can make me clean.”
41  Filled with compassion, Jesus reached out his hand and touched the man. “I am willing,” he said. “Be clean!”
42  Immediately the leprosy left him and he was cured.
43  Jesus sent him away at once with a strong warning:
44  “See that you don’t tell this to anyone. But go, show yourself to the priest and offer the sacrifices that Moses commanded for your cleansing, as a testimony to them.”
45  Instead he went out and began to talk freely, spreading the news. As a result, Jesus could no longer enter a town openly but stayed outside in lonely places. Yet the people still came to him from everywhere.

“If You Are Willing?” the Leper pleaded with Jesus and our Lord Jesus said, “I AM willing”

My friends, this touch of the untouchable is astonishing, because everybody who touches a leper becomes ritually unclean in Jesus day. They were considered to be contaminated. However, the man gets cured and runs around telling everybody about his healing. It becomes impossible for Jesus to move around freely. So instead of the Leper being isolated, as required by the Law of Moses, in lonely places, it’s our LORD who’s forced to go, He had to stay outside the towns and cities as a result of touching that Leper, but it wasn’t because Jesus was infected, but because everyone wanted to touch or be touched by the Saviour.

My friends, Jesus is still willing to touch the untouchable, the unclean, the sinner. He’s also waiting to touch your heart too. He’s longong for you to shout out to Him, “Lord if you are willing, you can make me clean”. He IS WILLING.

No wonder Jesus wanted to move on, because He didn’t care about being popular or famous, Jesus came with a Mission and a Message, not just to heal. He understood the shallowness of people who’d come just for what they wanted. They were not coming to hear Jesus words or his message, but to feel His touch. They knew that just one touch from this man changes everything.

I love that worship song; “Just ONE touch of the King changes everything”

How different we are to that Leper:

WHEN THE LEPER SPREADS THE GOOD NEWS:

People came from everywhere to be touched by Jesus.

Although Sin is just like Leprosy; it contaminates deeper than the surface of the skin, it spreads, it affects your life by isolating you from God, from fellowship and ultimately from Heaven. Sin cuts us off from God.

Isaiah 59:2 (NLT) “It’s your sins that have cut you off from God. Because of your sins, he has turned away and will not listen anymore.”

But Jesus died so that we could all be healed from the disease of sin, and from the effects of sin. Jesus shed His blood upon the Cross so that we could to be set free from God’s wrath and anger and ultimately from His punishment for our sins, when we repent and trust Jesus as Lord and Saviour, then we’re set-free from sin to follow Jesus commands and teachings. He is willing to touch the untouchables today.

Have an awesome day, don’t be afraid to touch someone for Jesus today and be willing (as Jesus was) to be used by the Lord to reach out in love and touch some precious souls for Jesus. No matter who you may think is untouchable, they are all precious to the Lord Jesus, because Jesus gave His life for EVERYONE.

I’m praying that you’ll have a lovely day, learning to love like Jesus and touch your lepers’ hearts.