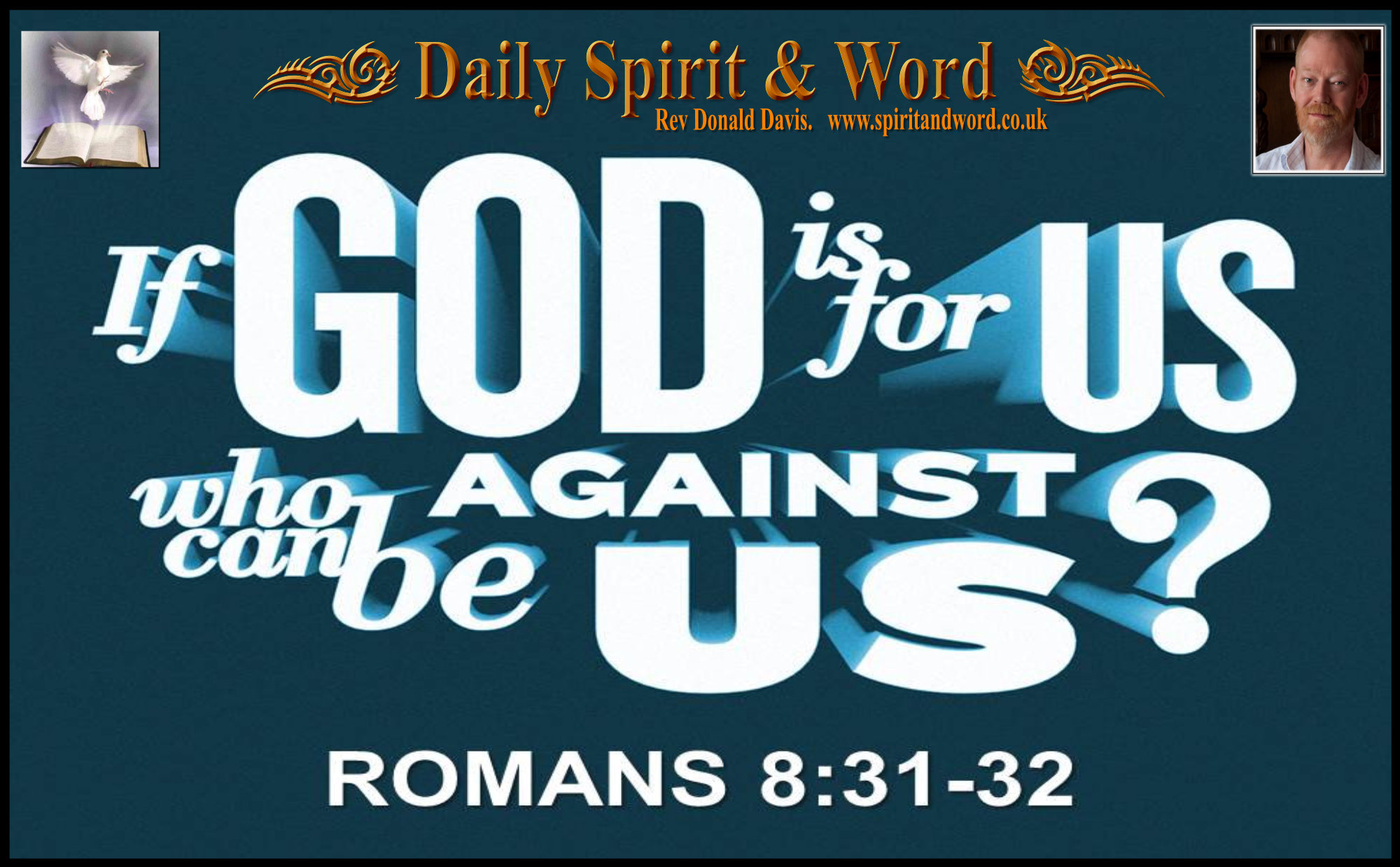 Daily Spirit & Word, 458: Believer: The LORD Is Your Protector.

It takes courage, unity and determination to defeat the enemies of the LORD.

Exodus 17:15 “Moses built an altar there and named it Yahweh-nissi (which means “the LORD is my banner”).”

Israel had been attacked by the Amalekites. It’s an amazing incident, for when Moses tired, his hands were supported by others. We need to remember that Moses by now was a very old man, but he was still God’s chosen man to lead the Nation of Israel from Slavery to Freedom in the promised land.

Joshua was the commander of the army of Israel: He was a faithful warrior for the Lord, but this battle plan had a strategy; Joshua would fight and Moses would stand.

8  While the people of Israel were still at Rephidim, the warriors of Amalek attacked them.

9  Moses commanded Joshua, “Choose some men to go out and fight the army of Amalek for us. Tomorrow, I will stand at the top of the hill, holding the staff of God in my hand.”

10  So Joshua did what Moses had commanded and fought the army of Amalek. Meanwhile, Moses, Aaron, and Hur climbed to the top of a nearby hill.

12  Moses’ arms soon became so tired he could no longer hold them up. So Aaron and Hur found a stone for him to sit on. Then they stood on each side of Moses, holding up his hands. So his hands held steady until sunset.

13  As a result, Joshua overwhelmed the army of Amalek in battle.

14  After the victory, the LORD instructed Moses, “Write this down on a scroll as a permanent reminder, and read it aloud to Joshua: I will erase the memory of Amalek from under heaven.”

15  Moses built an altar there and named it Yahweh-nissi (which means “the LORD is my banner”).

16  He said, “They have raised their fist against the LORD’s throne, so now the LORD will be at war with Amalek generation after generation.”

To Help Defeat The Enemy:

When they attacked Israel it wasn’t just Israel’s army they were attacking; He said, “They have raised their fist against the LORD’s throne, so now the LORD will be at war with Amalek generation after generation.” Verse 16.

My friends you, those of you who have been chosen by the Lord Jesus Christ, are members of God’s Holy, Heavenly Family forever, so whenever you are attacked from any source, they are attacking the “Throne of the LORD” Therefore, the LORD will be engaged in the battle with you. That’s why King David had such confidence in the LORD, because he knew that with the Lord no enemy need be feared.

Psalm 60:4 “But for those who fear you, you have raised a banner to be unfurled against the bow.”

Psalm 27:1-3 (NIV) [Of David.] “The LORD is my light and my salvation— whom shall I fear? The LORD is the stronghold of my life— of whom shall I be afraid? 2  When evil men advance against me to devour my flesh, when my enemies and my foes attack me, they will stumble and fall. 3  Though an army besiege me, my heart will not fear; though war break out against me, even then will I be confident.”

As believers we’ve also got the same kind of assurance that Moses, Joshua, Aaron, Hur and King David had; God is with you.

Revelation 17:14  “They will make war against the Lamb, but the Lamb will overcome them because he is Lord of lords and King of kings—and with him will be his called, chosen and faithful followers.” My friends, when you trusted in Jesus Christ and turned in repentance and faith to receive His forgiveness, did you realise that you were; “Called and Chosen?” WOWzer! Sometimes we think our walk with Jesus is all down to us, but He’s the one who called you, you simply responded. He’s the one who chose you. Out of all the people on the earth today, you were called and chosen by the Lord to be a member of His family forever, so He’s going to fight for you when you need His divine help.

Here is the Confidence we can have that Jesus is with us in every single battle that we face as Christians.

Romans 8:28-31 “And we know that in all things God works for the good of those who love him, who have been called according to his purpose. 29  For those God foreknew he also predestined to be conformed to the likeness of his Son, that he might be the firstborn among many brothers. 30  And those he predestined, he also called; those he called, he also justified; those he justified, he also glorified. 31  What, then, shall we say in response to this? If God is for us, who can be against us?”

“If God is for us, who can be against us”

A NOTE of Caution: Our battle is NOT against flesh and blood (  ) but when we are attacked by other human beings the LORD will watch your back.

Be sure that you never attack one of the Lord’s chosen, anointed, justified and sanctified people, because if you do then He’ll become your most fearsome enemy.

For the Believer in the Lord Jesus Christ:

The Lord will help you in every battle, against every enemy.

If you like or have been helped by today’s devotions in Daily Spirit and Word, then why not share it with your friends on Facebook or Twitter or Google +? Spreading the Word. God bless and keep you today. Don.