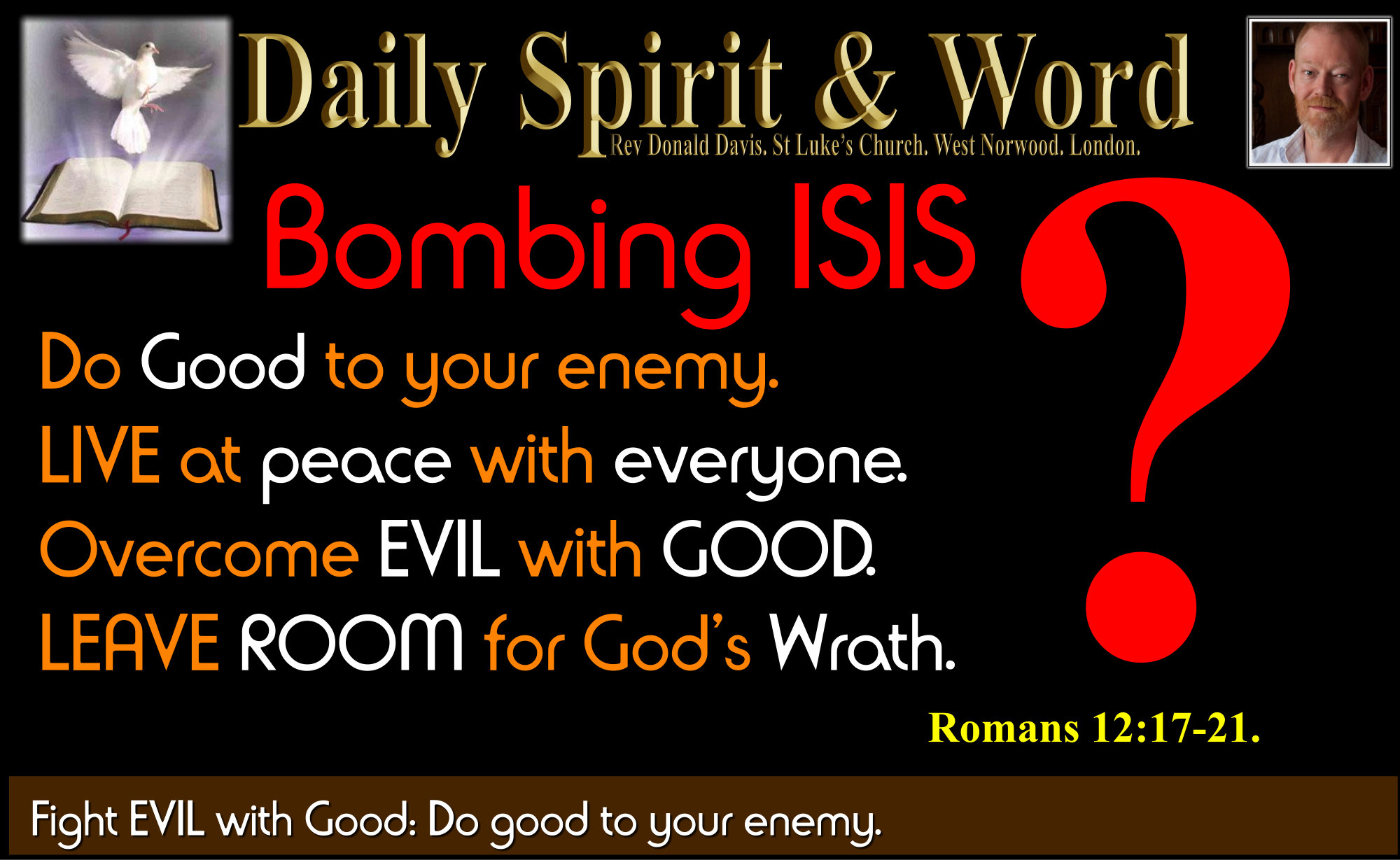 Sometimes it’s wrong to unite: When that coalition is plotting evil.

In Jesus day, the ‘religious’ leaders of Israel were experts in applying the Scriptures to everyday life; they had by that time devised 39 prohibitions for the Sabbath Day (The Day of Rest). But Jesus demonstrated something different which brought Him into dangerous conflict with the Pharisees, Sadducees and Herodians. These three groups were normally in conflict with one another, but as we’ll see from Mark’s Gospel, they were united against Jesus.

Mark 3:4-6 (NIV)
4  Then Jesus asked them, “Which is lawful on the Sabbath: to do good or to do evil, to save life or to kill?” But they remained silent.
5  He looked round at them in anger and, deeply distressed at their stubborn hearts, said to the man, “Stretch out your hand.” He stretched it out, and his hand was completely restored.
6  Then the Pharisees went out and began to plot with the Herodians how they might kill Jesus.
Sometimes, just because everyone else is uniting behind a cause, it’s doesn’t mean it’s right to join in.

Many have caricatured Jeremy Corbyn for his stance of not joining; France, America, Russia etc who are bombing Syria. They have castigated him and all who side with him as traitors. It’s amazing how quickly feelings escalate when war is looming: However, even though ISIS are EVIL personified, they’ve done tremendous wrong; committing murder, rape, torture, beatings, stealing. They’ve broken every single one of God’s Commandments. Does that then give us the right to go and bomb them? Do we now have the legal and moral authority to take the life of every single ISIS member?

We must also remember the innocent Civilians who will be caught up in this conflict. Their cities, towns and villages have been invaded by ISIS, should they be bombed because they’ve been invaded? Are they just collateral damage?

Just as the Pharisees, Sadducees and Herodians wrongly plotted the murder of Jesus, so too it might be wrong to plot to join the others who are already indiscriminately bombing ISIS.

What ISIS have done IS wrong: Evil men are always doing wrong.

In the United Kingdom, we don’t have the DEATH Penalty anymore.

If it’s OK to kill the members of ISIS because they’ve killed, does that mean we’re going to take the life of those who’ve killed people back home in the good old UK? No, of course not. So why are we rushing into this Bombing campaign?

Jesus wasn’t like the ISIS members, He only did good: even though they united to plot His death.

What was it that Jesus did wrong from their perspective?

What Jesus did enraged those in opposition, but it was NOT wrong; it WAS GOOD. He only ever did GOOD things.

Jesus cited some Scriptures to show that what He was doing was OK. He was not breaking God’s Commandments regarding the Sabbath or Fasting, Jesus upheld and kept the LAW of God (His Father) fully. However, their response to Jesus Ministry shows they were not practising their own ‘religion’ at all, they were not working for God, but were serving and thinking only about themselves.

However, the United Group of Pharisees, Sadducees and Herodians; much like ISIS and even the American, Russian, French and possibly the UK coalition could ignore God’s LAW: to get their own way. They plotted murder, just because Jesus was going against their man-made-traditions. It’s strange, shocking and sad that it’s often the most ‘religious’ and self-righteous people, who’ll do the most horrendous things for the sake of their so called ‘religion’ or ideology; Be that ideology; Judaism, Christianity, Islam, ISIS or Democracy.

BUT: We are not justified in simply seeking revenge.

If we do join in with the EVIL, like the Pharisees and Herodians, we’ll be fighting against God.

What the Pharisees and their group were doing was against God (Jesus). It was (is) against God’s LAW to murder.

He warns us that it’s HIS prerogative to fight against evil. He’s the ONE who’ll punish the EVIL doers.

On a personal level, it’s never us who have the right to take revenge.

Revenge, is NEVER the answer: It only ignites the flames of hatred.

Romans 12:17-21.
17  Do not repay anyone evil for evil. Be careful to do what is right in the eyes of everybody.
18  If it is possible, as far as it depends on you, live at peace with everyone.
19  Do not take revenge, my friends, but leave room for God’s wrath, for it is written: “It is mine to avenge; I will repay,” says the Lord.
20  On the contrary: “If your enemy is hungry, feed him; if he is thirsty, give him something to drink. In doing this, you will heap burning coals on his head.”
21  Do not be overcome by evil, but overcome evil with good.

Yes, God does raise States and give the power of the sword to bring His swift Justice. However, those Governments better be certain that they are justified in using their God given powers. Is it right to take REVENGE? No! However, it is right to bring people to justice, to bring them to account for their actions, to make them face-up to what they’ve done, but just getting even or paying them back is not a right motive for killing people. God will one day give them PAY-BACK big time, but in the mean-time, we’re to fight against evil with good.

The Americans, French, Russians and the UK are wrong to think they’ll kill-off the Evil Ideology of ISIS with bombs.

It’s going to take time, effort and peaceful means to quell this evil force. “Fight evil with Good”. Our battle is NOT against flesh and blood, but against spiritual forces of Evil in the Heavenly realms. It is the Devil, Satan who’s behind the ISIS ideology, for only the Devil could convince men that murder and rape are right, but we’d better be careful that we’re not in league with Satan as well, by taking revenge into our own hands and away from God. Murder is always murder, no matter what our excuse for going to war.

Doing good will always bring opposition: But let’s NEVER give into Evil.

In uniting against ISIS, we’re doing the right thing my friends.

However, let’s fight and crush this Evil Ideology with PEACE, LOVE, RESPECT, HOPE and DIPLOMACY.

Diplomacy might take longer, but the peace it brings will last longer than any group that’s crushed with bombs. They’ll just rise again and take revenge for their dead heroes of their ideology.

There are other ways to bring them down, other than bombing them into the dust.

It’s going to take real courage to stand-up against everyone who thinks it’s right to BOMB.

It’s going to be a battle against Ideologies.

Jesus is on the side of the PEACE MAKERS.

Matthew 5:9-12
9  Blessed are the peacemakers, for they will be called sons of God.
10  Blessed are those who are persecuted because of righteousness, for theirs is the kingdom of heaven.
11  “Blessed are you when people insult you, persecute you and falsely say all kinds of evil against you because of me.
12  Rejoice and be glad, because great is your reward in heaven, for in the same way they persecuted the prophets who were before you.

Have an awesome Sunday with Jesus.

More About Jesus WAY OF PEACE