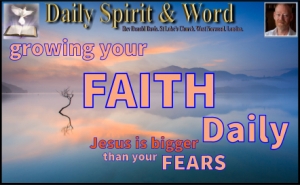 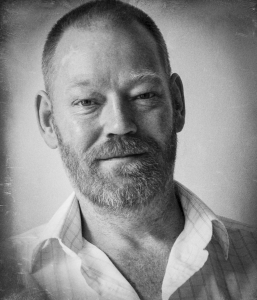 I was led by the Lord to share daily insights from His Word with members of the church, but numbers grew and we gained a following of people from all over the world. It’s been growing every day with new people following, liking and sharing the readings.

As I’ve always had a Daily Study and Devotional  Time with Jesus since soon after coming to faith, I wanted to write down and share with others what the Lord reveals to me through our time together. What’s amazing is how folks share with me that these messages seem to be just the right theme or topic for what they are going through in life. The Lord Jesus touches us all in many ways and His Word is so powerful. One day I’ll find He’s challenging, encouraging, strengthening, rebuking or teaching me, and another I’ll be moved to a deeper level of praise or revelation from His Holy Spirit.

After leaving school in 1976 to join the Royal Navy, Donald served on the Aircraft Carrier HMS Ark Royal as an Electrical Mechanic, then after a brief spell shore-side, I was drafted to Submarines and later served on HMSM Sceptre, and Tireless. These were Hunter Killer Submarines which spent many moths at sea during the Cold War era. I enjoyed my time in the Navy and in 1984, after attending St Budeaux Parish Church for about three months, I became a Christian. Following conversion, I served the Lord Jesus in many different ways; fellowship group leader at home and in the RN, then open air Evangelism, Street preaching, door-to-door witnessing, Youth Group Leader, Worship Team member. Then in 1987 after a short course I was selected for Artificer Training and upon completion felt the Lord was calling me to full time ministry. After offering myself for selection in the Church of England, I left the RN in 1992 to begin theological training at Oak Hill College in London. In 1994 I was Ordained in St Jude’s Church Plymouth as Curate, served for six years there and then as Team Vicar in St Philip’s Church Weston Mill Plymouth. In 2008 I moved from Plymouth to London and began serving as Rector (Vicar) of St Luke’s Church, West Norwood, London.

You can contact Don by leaving a message here or on