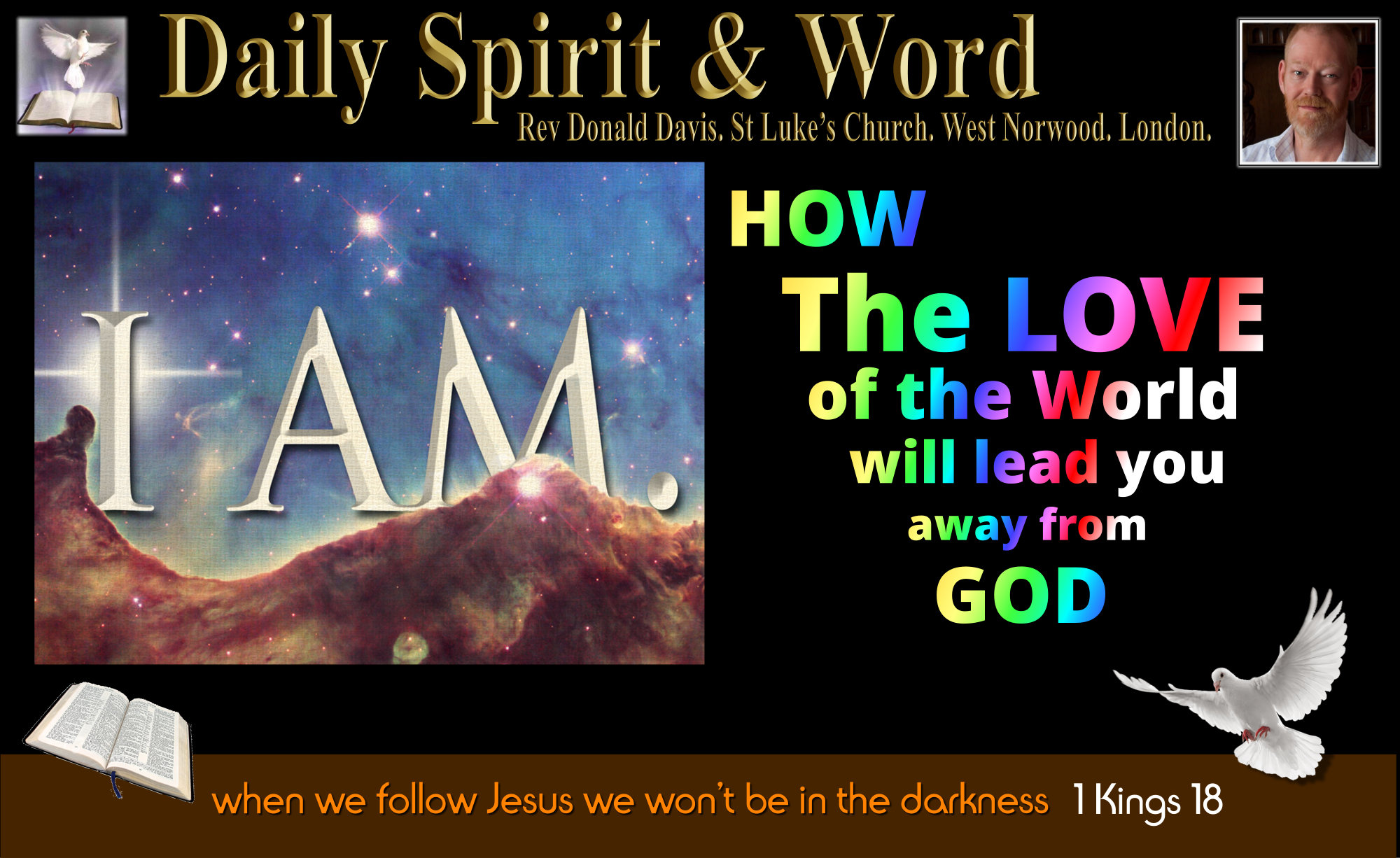 Daily Spirit & Word: 731: Following The Patterns Of This World.

Good morning my friends, what are you going to do when trouble comes knocking at the door of your life?

2 Kings 16:10 (NIV) “Then King Ahaz went to Damascus to meet Tiglath-Pileser king of Assyria. He saw an altar in Damascus and sent to Uriah the priest a sketch of the altar, with detailed plans for its construction.”

King Ahaz, was the king of Judah, he was one of Judah’s baddie kings, because instead of following after and serving the One True God he’s followed previous kings and their evil practices that God had clearly forbidden. His life was a ‘Spiritual’ ruin and wasteland.

During his reign, Syria attacked Judah. But instead of going to God for help Ahaz appealed to the king of Assyria to come to his aid and help him defeat Syria. Imagine, he took the silver and gold from the Temple of God to bribe the Assyrian king to help him. The Assyrian king did assist Ahaz and together they defeated Syria.

However, After the great victory, Ahaz went to Damascus to meet the king of Assyria. Our verse today tells us about that very visit. We can note three things that happen to Ahaz and to us when we seek the world’s help in times of trouble instead of God’s.

You’ll notice in the verse these three things; The obligation of Ahaz, the observation by Ahaz, and the orders from Ahaz.

1) The Obligation of King Ahaz:

My friends, when we forsake God we become obligated to the world, we become the World’s slaves and servants, and that obligation will only become a burden to us.

It reminds me of the church that went to the National Lottery for money to rebuild it’s church, now that church is full of practices and activities and groups that no normal Christian would ever entertain. When we go to the world for assistance instead of to God, then world will burden us and we’ll become obliged to serve it instead of God. Instead of being a light to the world, we become it’s servant and slave. When we go to the world for help, it’s then that our SALT looses is ability to savour.

1 John 2:15-17 (NIV)
15 Do not love the world or anything in the world. If anyone loves the world, the love of the Father is not in him.
16  For everything in the world—the cravings of sinful man, the lust of his eyes and the boasting of what he has and does—comes not from the Father but from the world.
17  The world and its desires pass away, but the man who does the will of God lives for ever.

When we love the world then we’ll become IMPRESSED with what the world has to offer instead of God. This leads us to consider what Ahaz saw when he visited the worldly King of Assyria after he helped him.

2) The Observation by King Ahaz.

“Saw an altar that was at Damascus.” Ahaz was impressed by an altar he saw in Damascus. This altar was for heathen ungodly worship, but that did not seem to bother King Ahaz. Why? because we already know from previous verses in our chapter that he was already involved in heathen worship, even killing one of his own children. (2 Kings 16:3,4). So no wonder when Ahaz observed that magnificent foreign alter he was impressed with it.

1 John 2:16 “For everything in the world—the cravings of sinful man, the lust of his eyes and the boasting of what he has and does—comes not from the Father but from the world.”

Having rejected Israel’s God, Ahaz was given to false religion which emphasizes ritual and outward form and appearance. All false religions aren’t concerned with the inner man or how to please or serve God. Their practice of religion is to see what they can get out of their god.

It’s never their inner character or conduct or the wishes or commands of God.

After being tempted and teased and impressed we now see where it leads King Ahaz.

3) The Orders from King Ahaz.

“He saw an altar in Damascus and sent to Uriah the priest a sketch of the altar, with detailed plans for its construction.”

King Ahaz wanted an altar just like the one in worldly Damascus to use at the Holy Temple of God.

What’s really strange is that in The Temple God there was already an holy altar. Judah didn’t need a new one. God had prescribed the pattern and form of Israel’s altar already.

Can you see what’s happening in King Ahaz’s life? He’d gone to the world for help, he’d become obliged to the world and now after being impressed with the world, Ahaz wanted to shape and pattern his whole life and worship to become more like the world. We shouldn’t be surprised by this, because our affections and desires will change once we wander away from God.

When we go to the world for help, we’ll end up far away from the Lord.

“Do not love the world or anything in the world. If anyone loves the world, the love of the Father is not in him.” 1 John 2:15.

When Ahaz was attacked his life was already in ruins, so he naturally followed his fleshly instincts and went to the world for help. He must have thought, “I’m being attacked by a big boy, I’m going to get a bigger boy to come and help me”… What should Ahaz have done? He should have gone to the BIGGEST and STRONGEST and MOST ABLE: God, the KING of the UNIVERSE… Amen! If he had followed God’s desires, he would have been able to withstand ANY Enemy Attack.

My friends, Don’t GO to the world for help in times of trouble or hardship. Instead, first, go directly to your LOVING Heavenly Father.

Last night on Alpha we discovered just how much our Father in Heaven longs to give us what we need.

INSTEAD: ASK YOUR HEAVENLY FATHER FOR HELP:

Luke 11:9-13 (NIV)
9  “So I say to you: Ask and it will be given to you; seek and you will find; knock and the door will be opened to you.
10  For everyone who asks receives; he who seeks finds; and to him who knocks, the door will be opened.
11  “Which of you fathers, if your son asks for a fish, will give him a snake instead?
12  Or if he asks for an egg, will give him a scorpion?
13  If you then, though you are evil, know how to give good gifts to your children, how much more will your Father in heaven give the Holy Spirit to those who ask him!”

Jesus said, “I AM the light of the world, whoever follows me will never walk in darkness again”… King Ahaz was walking in the deepest darkness, look at the rest of chapter 16 to see just how far away from the LORD Ahaz took the true worship.

John 8:12 (NIV) “When Jesus spoke again to the people, he said, “I am the light of the world. Whoever follows me will never walk in darkness, but will have the light of life.”

Sometimes we just don’t get because we forget to ASK.

Following Jesus will not make you immune from attacks or trouble, but when you face those trouble by faith, walking closely with Jesus, you will have total PEACE and even the deepest JOY that the world cannot understand.

When we forget to ASK, we’re walking in the darkness instead of the light and we’ll be led astray to follow worldly ways instead of God’s ways.

Ahaz made his choice long before an attack ever happened, my friends, if you are experiencing the blessings of peace now, keep close to Jesus, stay close to Him every day and He will guide your affections and heart’s desires.