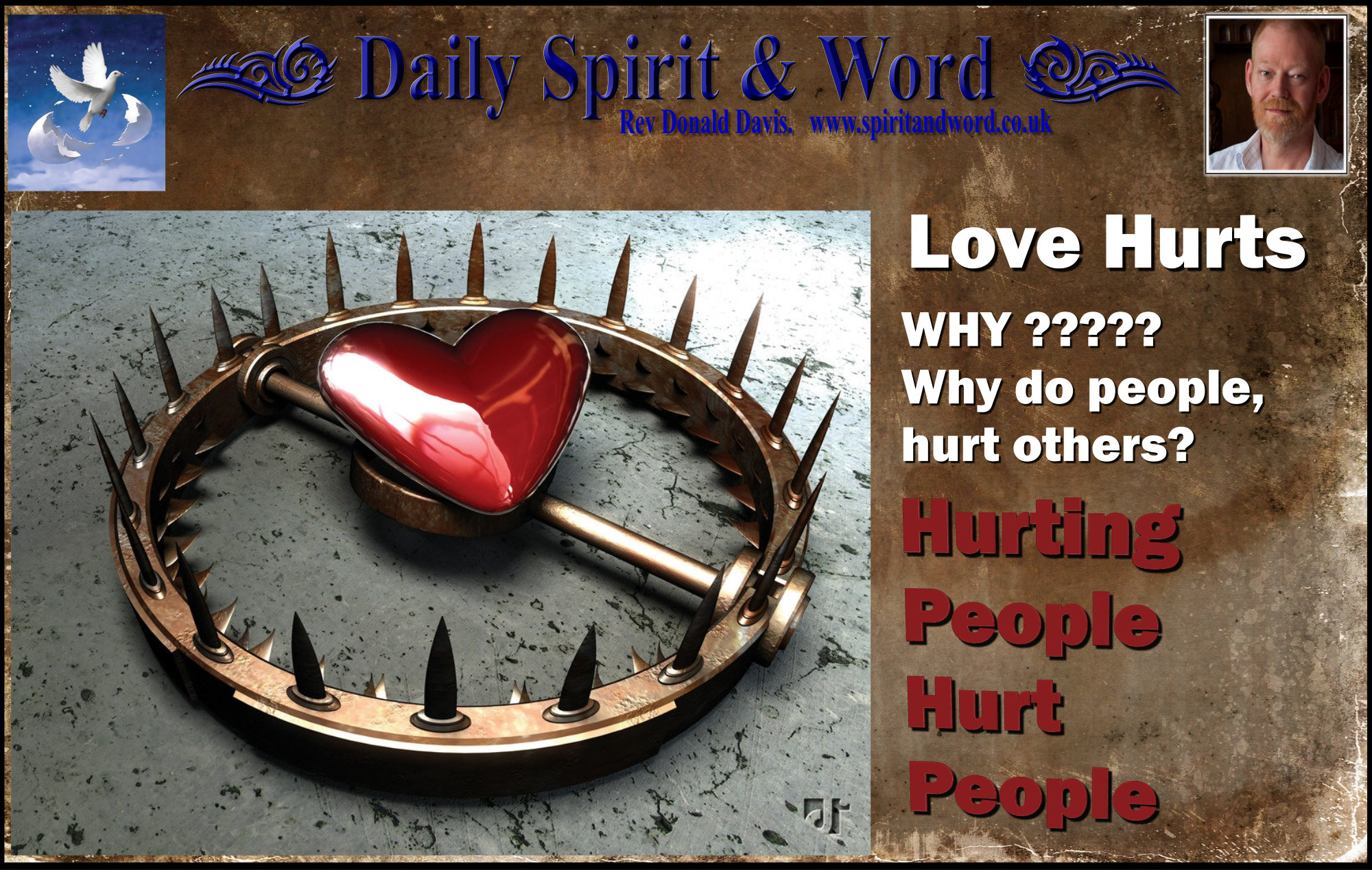 John 8:31-36 To the Jews who had believed him, Jesus said, “If you hold to my teaching, you are really my disciples.
32  Then you will know the truth, and the truth will set you free.“
33  They answered him, “We are Abraham’s descendants and have never been slaves of anyone. How can you say that we shall be set free?”
34  Jesus replied, “I tell you the truth, everyone who sins is a slave to sin.
35  Now a slave has no permanent place in the family, but a son belongs to it for ever.
36  So if the Son sets you free, you will be free indeed.

Jesus IS the TRUTH: So Knowing Jesus as LORD is the Key to Freedom.

John 14:6  Jesus answered, “I am the way and the truth and the life. No-one comes to the Father except through me.”

Jesus IS: The Way, The Truth and The Life: So to know how to live and to get the LIFE we’ve got to come to Jesus and receive Him as LORD of our life. When we do that, we’ll be SET-FREE.

You know sometimes we are at a loss as to why some people go around hurting others. However, it is quite easy to discover the reason why they do that, it’s because somewhere along the line they’ve been hurt or offended themselves, but they’ve never gotten over it and it spills out into those around about them, sometimes it’s the ones they love the most that get hurt the most.

It’s an old saying, “Hurt people, hurt people” but it is so true.

There are common traits that a hurting person exhibits;

It’s so sad, but because of the way they are, they’ll often alienate themselves, people will stay away from them, and they cannot fathom why no one is there for them in their time of need. This furthers or exacerbates and entrenches their hurt.

Here’s what a psychologist has said; “Hurting people will often have the emotional maturity of the age at which the original and unresolved hurt took place. If they are acting like babies, children or teenagers then don’t be surprised.”

Jesus came to give us LIFE and FREEDOM, but Satan is out to kill and destroy.

John 10:9-11 “I am the gate; whoever enters through me will be saved. He will come in and go out, and find pasture.

10  The thief comes only to steal and kill and destroy; I have come that they may have life, and have it to the full.

It’s because they are hurting and every word spoken to them is filtered through their pain or hurt and they’ll (more often than not) unconsciously respond with anger and venom. They’ll attack the person who’s only intent is to help them or even to love them.

There are certain words, phrases or situations that will trigger emotional outbursts; that will lead them to hurt others or hurt themselves. They won’t be aware until afterwards what’s happening, they live with constant regret, guilt and fear.

Hurting people are often targets and susceptible to demonic attack.

To cover, hide or mask their feelings, they’ll often turn to drink or drugs or activity, doing things to excess.

To those on the receiving end of their hurt or emotional state it’s totally perplexing. It seem unreasonable the level of their anger or emotional outburst.

What are we to do when we’re hurt by someone and we can’t work out the reasons why?

Call upon the Holy Spirit to act in their life, intercede for them on their behalf. Because they don’t know, they don’t know what to do. They are like the Jewish people, trapped and slaves to sin, but not even aware that they are enslaved.

Psalm 118:5 “In my anguish I cried to the LORD, and he answered by setting me free.”

It might or might not be you that’s involved in the setting free process, but at least you’ll be free from hurt yourself. Once you’ve forgiven someone, it’s not them that gets released, but you.

How can they be set free?

Often, because you love them, you’ll want to see your hurting friend, relative, co-worker or wife or husband set free.

It often takes Christian (Biblical) counselling or someone that the LORD will send along, whom they’ll trust enough to allow them to get close, so that they’ll open-up and reveal the hurt inside. When they are ready to do that, they’ll need to be led to forgive the person that’s hurt or offended them. It is when we ALL forgive that we’re set FREE from offence and hurt and pain.

There are books about HURTING PEOPLE, but they are unlikely, if they are unaware of their condition, to read them. The BEST book of course is God’s Word: It’s sharper than a two edged sword and gets right to the heart of the matter.

Leading a person to Jesus will begin the setting free process, but it takes time, patience, love, respect and awareness. Try your hardest NOT to take it personally when a hurting person lashes out at you. Instead, quietly and purposefully take them to the LORD in silent prayer. Bring Jesus into the situation, He knows already, but is waiting for you to call upon Him.

I’ve known people who’ve been like that who’ve been transformed by the Lord Jesus Christ.

In fact everyone who comes to the Lord experiences a degree of being set free from past hurts, but we only realise later on how much the Lord has set us free. Knowing the TRUTH (The Lord Jesus Christ) sets us free. So pray that somehow a hurt person, who’s hurting others or hurting themselves will come to KNOW the TRUTH and be set free by the Lord Jesus Christ.

So, when you can’t work out why someone has been or is being; vile or evil or nasty towards you, know that somewhere along the line in their life they’ve been hurt, their hurt is unresolved so they’ll be unreasonable and will hurt others or hurt themselves. You cannot reason with a hurt, you need to forgive the person who caused it to release yourself from the pain it is causing you.

Have an AWESOME day of FREEDOM with the Lord Jesus Christ,