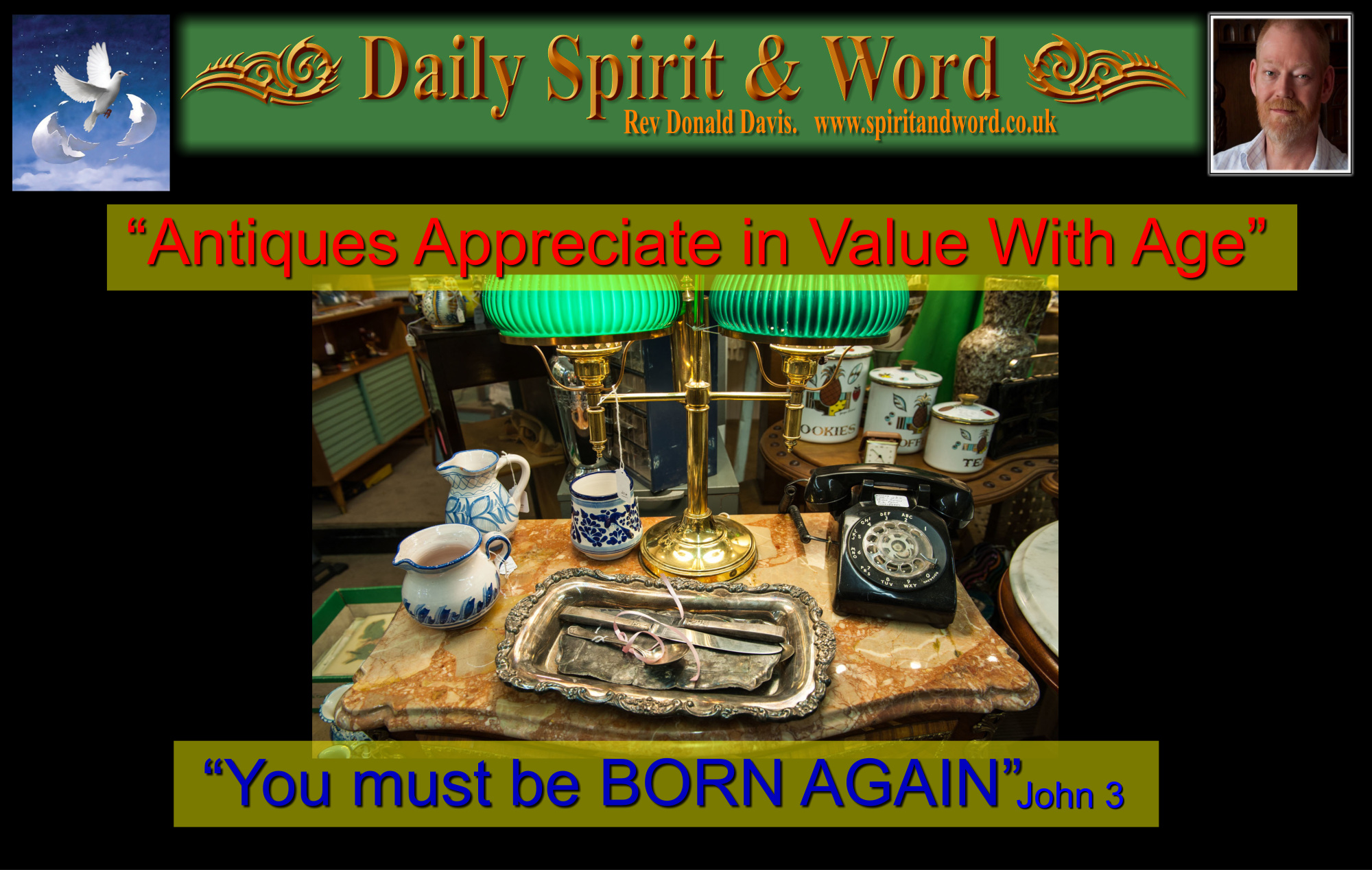 It was one of those nights again, I had another dream that I believe was from the LORD. I don’t know who it’s for though, so I’m just sharing it generally for all to enjoy.

In the dream, I was upstairs in an old dusty attic loft, with wooden balustrades and open slatted bannisters. There was a very good looking woman (I know who she is), who was acting like a Princess (in her own eyes), but everybody else thought she was a grown-up-spoilt-brat of a woman. Over the years she’d used her good looks to get what she wanted in life; the best boy in school, the best and biggest circle of friends were attracted to her, because she was bright, intelligent and politically lethal. Of course she had money and she was daddy’s little girl, even though she was a grown-woman and married.

As I gazed upon the scene she was in the full-throws of an argument with her handsome husband, she wasn’t going to get her own way for the first time in her life, she ran down the stairs and tripped on the bottom step landing in a heap on the straw-strewn floor beneath. She began kicking her legs in anger and a massive tantrum erupted, she was sobbing and crying out, and banging her fists upon the floor. I heard myself saying in a loud voice, loud enough for her to hear, “I’ll bet she was a spoilt-brat as a child”. She stopped crying immediately and looked around at me with a red tear-soaked face and glowered at me. But as I looked around the room, it was full of people, hundreds of them, all familiar to me, and they were all nodding their heads in agreement some even saying openly out-loud, “She was, she was and she is”…

Then the LORD said something that startled me awake; “Antiques appreciate in value with age, but heirlooms tend to loose their value” I said, “What does that mean LORD?” He answered me, “Antiques are valued by collectors and looked after by dealers, they are maintained and treasured. However, Heirlooms are handed down from one generation to the next, and more often than not they are not valued by those who receive them, they are viewed as an encumbrance and an embarrassment and often hidden in the attic or loft.”

“Antiques appreciate in value with age, but heirlooms tend to loose their value”

“Heirlooms are handed down from one generation to the next, and more often than not they are not valued by those who receive them, they are viewed as an encumbrance and an embarrassment and often hidden in the attic or loft.”

After a while, I was fully awake by now, but then the LORD said again, “So it is with the Christian faith, as a man or woman who’s become a convert to My Son Jesus Christ grows older, the rest of the Saints value him or her and treasure their God given wisdom and gifts. They are looked after and honoured in their meetings and I LOVE them too. However, when that same Christian faith is second or third generation, then those born into a family of faith, with real saints in their family line, they more often than not view their hand-me-down faith as an encumbrance, they have a form of Christianity, but it’s devoid of My power. They know all about My Son, but they don’t know My Son Jesus and so they do not treasure their faith as their relatives once did.”

The woman in my dream was born into a family with a strong Evangelical tradition, she’d been brought up to go to church, was the sparkling gem of a child, who because of her family heritage was even spoilt in Sunday School. (Spoilt means = Having the character or disposition harmed by pampering or oversolicitous attention) and you know how she turned out, but there is real HOPE: Because that woman became a born-again believer in the LORD JESUS CHRIST. She is just as on-fire with the Holy Spirit today as her ancestors were. What happened? She met Jesus for herself: Repented, Received Him as Lord and got baptised.

“Nobody can enter the Kingdom of Heaven, unless they are born again of God’s Holy Spirit.”

You cannot get born-again, by just attending church, being baptised, going to Sunday School or taking Holy Communion. No my friends, you too must come to believe that Jesus died upon the Cross for your own sins, all those Commandments of the LORD that you’ve broken will one day land you in Hell, unless you too repent and trust the Saviour for your Salvation. Why? Because God must punish sin and until you come to the Saviour in repentance and faith, you are carrying your own load of sin. You’ll carry it all the way to the judgement unless you hand it over to Jesus at the Cross.

Time is short, time is running out, each day that passes is one more step towards Eternity. So take the leap into Jesus arms right now, and let Him catch you before you fall into the pit of Hell.

Be certain today that you’ve turned from your sins, stop trusting in your own goodness and begin trusting in Christ’s goodness to save you from God’s wrath to come.

Ardian Rogers explains it so clearly; “All sin will either be pardoned in Christ or punished in hell. No sin and no person who sins will slip by, adjudged.” Adrian Rogers. Love Worth Finding.

“All sin will either be pardoned in Christ or punished in hell.

No sin and no person who sins will slip by, adjudged.”

A ‘faith’ that’s handed down from one generation to the next, without becoming personal and real, is no faith at all. No wonder so many people who think they are Christians because their family were strong believers, are treating their faith as if it’s an encumbrance or an embarrassment.

My friends, when you KNOW Jesus, your faith in Him is valued above everything else in life.

As you grow into an old Saint in Christ my friends, growing up in that kind of faith, then you too will become a treasured antique; treasured by your fellow saints and by the LORD Jesus Christ.

God bless and I hope you all have an AWESOME weekend.

Prayer: Dear Lord Jesus Christ, I thank you that I am fearfully and wonderfully made (Psalm 139), that you’re calling everyone out of darkness into your marvellous, magnificent, amazing light. Please help me today to be the person You want me to be. Fill me with the Holy Spirit Lord, because I need Your power to live each moment for You. Amen!

If You Sin: You’ll Die: Why? Because each person will pay for their own sin: Ezekiel 18:20  “The soul who sins is the one who will die. The son will not share the guilt of the father, nor will the father share the guilt of the son. The righteousness of the righteous man will be credited to him, and the wickedness of the wicked will be charged against him.”

(Don’s Side – NOTE: Therefore, no one can be saved because their mum, dad or granny or granddaddy were Christians. You must become ‘righteous’ in Christ yourself, but trusting in the Lord’s death for your own sins.)

All Have Sinned: Romans 3:23  “For all have sinned, and come short of the glory of God;”

(Don’s Side-Note: Each one of us has broken at least one of God’s Commandments; lying, stealing, lusting, cheating, coveting, dishonouring our parents).

DEATH because of Sin: Romans 5:12  “Wherefore, as by one man sin entered into the world, and death by sin; and so death passed upon all men, for that all have sinned:”

God’s Wages For Sin: Romans 6:23 “For the wages of sin is death; but the gift of God is eternal life through Jesus Christ our Lord.”

What IS Sin? (KJV & NIV) 1 John 3:4 “Whosoever committeth sin transgresseth also the law: for sin is the transgression of the law.”

1 John 3:4 “Everyone who sins breaks the law; in fact, sin is lawlessness.”

So SIN is: Breaking God’s Moral Law: Revealed in His Ten Commandments. (NOTE: The Ten Commandments are NOT ten suggestions, but Commands by God to be obeyed, we break them and become guilty law-breakers)

HOW do we get to be ‘righteous’? 2 Corinthians 5:21 “For He [God the Father] hath made Him [Jesus Christ] to be sin for us, Who [Jesus] knew no sin; that we might be made the righteousness of God in Him [Jesus].

(Don’s Side-Notes: We become righteous in Christ the moment we receive Him as our Saviour after believing that He died on the cross for our sin and rose from the dead to show that God the Father was satisfied with His Sacrifice for sin, then we repent (turn from all sin in our life) and receive Him as our Lord).

There are NO second-hand Christians, only first-hand Believers. You can be purchased (redeemed) by Jesus today.

Adrian Rogers Study on The Judgement Seat of Christ.