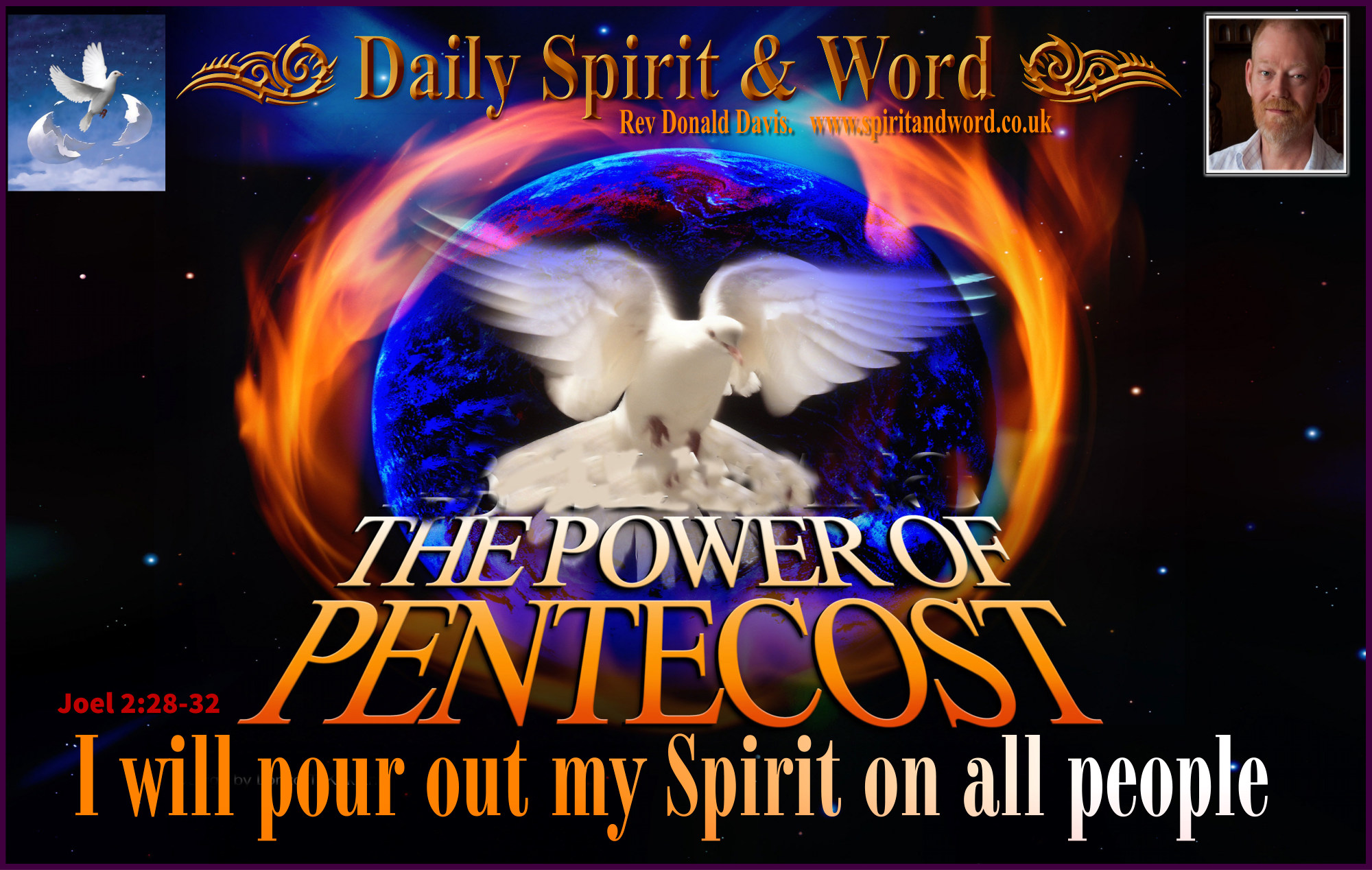 Do you desire to become a Prophet of the LORD?

It’s amazing, you know when you are reading the Bible and come across it’s great characters that were used by the LORD in wonderful ways, do you ever get a hunger or desire to be like them for the LORD today? Think about Moses or Joshua or King David and Solomon, how the LORD used them: Think about Samuel, Elijah and Elisha and how the LORD used them: Think about Deborah, Esther, Elizabeth, Mary, Phoebe, Lydia and Chloe and how the LORD used them. These people are just a few, but think about down through history and how the LORD has powerfully used individuals to influence the times in which they lived. In each era of human history the LORD has chosen and anointed many thousands of people to become an influence for good, in such a way that countless thousands of others have been encouraged and inspired to become more holy, righteous and good themselves. Because of the way they’ve lived, people are hungering and thirsting to get to know the LORD Jesus Christ even long after their death:

Think about modern times, who’s recently been used by the LORD as an influence on a world-wide scale for good, that even non-Christians know about them? Billy Graham, C.S. Lewis, Reinhard Bonnke.

The Bible (God’s Word) reveals that before the advent of the Lord Jesus Christ’s appearing, it was only certain individuals who were possessed by the Holy Spirit to prophesy and influence their world for good and for God’s glory, but long before Jesus came, one of those Prophets of the Lord tells us a time will come when everyone will become a prophet.

The Day of The LORD:

Joel 2:28-32 28 “And afterwards, I will pour out my Spirit on all people. Your sons and daughters will prophesy, your old men will dream dreams, your young men will see visions.
29  Even on my servants, both men and women, I will pour out my Spirit in those days.
30  I will show wonders in the heavens and on the earth, blood and fire and billows of smoke.
31  The sun will be turned to darkness and the moon to blood before the coming of the great and dreadful day of the LORD.

32  And everyone who calls on the name of the LORD will be saved; for on Mount Zion and in Jerusalem there will be deliverance, as the LORD has said, among the survivors whom the LORD calls.

By this prophesy Joel was forthtelling or foretelling the future. Forthtelling = the immediate future and foretelling speaks about the distant future. Joel was doing both in his prophetic utterances. Sometimes the prophet was aware of this and sometimes unaware that he was being used by the LORD.

We can see a two-fold foretelling unfolding from Joel’s prophesy: When he declared that there would be signs in the heavens and on the earth; you would think it’s all to do with the signs that accompanied the arrival and birth of our Saviour in Bethlehem: The Star followed by the wise men from the East. The miraculous pregnancy of Mary and Elizabeth. The Angels appearing to Shepherds and their vision of Heaven. However, we also see it being unfolded in the lives of the Apostles after Jesus returned to Heaven: The Day of Pentecost when Peter and the other disciples began to prophesy and thousands came to trust in the Saviour.

Peter said about that incident: (It’s quite a long reading, but please don’t rush it, take time over the words and ask the LORD to be speaking to you today as you read them again). The PROMISED HOLY SPIRIT.

14 Then Peter stood up with the Eleven, raised his voice and addressed the crowd: “Fellow Jews and all of you who live in Jerusalem, let me explain this to you; listen carefully to what I say.
15  These men are not drunk, as you suppose. It’s only nine in the morning! 16  No, this is what was spoken by the prophet Joel:
17  ” ‘In the last days, God says, I will pour out my Spirit on all people. Your sons and daughters will prophesy, your young men will see visions, your old men will dream dreams.
18  Even on my servants, both men and women, I will pour out my Spirit in those days, and they will prophesy.
19  I will show wonders in the heaven above and signs on the earth below, blood and fire and billows of smoke.
20  The sun will be turned to darkness and the moon to blood before the coming of the great and glorious day of the Lord.
21  And everyone who calls on the name of the Lord will be saved.’

22  “Men of Israel, listen to this: Jesus of Nazareth was a man accredited by God to you by miracles, wonders and signs, which God did among you through him, as you yourselves know. 23  This man was handed over to you by God’s set purpose and foreknowledge; and you, with the help of wicked men, put him to death by nailing him to the cross. 24  But God raised him from the dead, freeing him from the agony of death, because it was impossible for death to keep its hold on him.

25  David said about him: ” ‘I saw the Lord always before me. Because he is at my right hand, I will not be shaken.
26  Therefore my heart is glad and my tongue rejoices; my body also will live in hope, 27  because you will not abandon me to the grave, nor will you let your Holy One see decay. 28  You have made known to me the paths of life; you will fill me with joy in your presence.’

29  “Brothers, I can tell you confidently that the patriarch David died and was buried, and his tomb is here to this day.
30  But he was a prophet and knew that God had promised him on oath that he would place one of his descendants on his throne. 31  Seeing what was ahead, he spoke of the resurrection of the Christ, that he was not abandoned to the grave, nor did his body see decay. 32  God has raised this Jesus to life, and we are all witnesses of the fact. 33  Exalted to the right hand of God, he has received from the Father the promised Holy Spirit and has poured out what you now see and hear. 34  For David did not ascend to heaven, and yet he said, ” ‘The Lord said to my Lord: “Sit at my right hand 35  until I make your enemies a footstool for your feet.” ‘

36  “Therefore let all Israel be assured of this: God has made this Jesus, whom you crucified, both Lord and Christ.”
37  When the people heard this, they were cut to the heart and said to Peter and the other apostles, “Brothers, what shall we do?”
38  Peter replied, “Repent and be baptised, every one of you, in the name of Jesus Christ for the forgiveness of your sins. And you will receive the gift of the Holy Spirit.
39  The promise is for you and your children and for all who are far off—for all whom the Lord our God will call.”
40  With many other words he warned them; and he pleaded with them, “Save yourselves from this corrupt generation.”
41  Those who accepted his message were baptised, and about three thousand were added to their number that day.

My friends, this is a promise from the LORD: When you REPENT AND TRUST in the LORD Jesus Christ and get Baptised in His Name for the forgiveness of your sins, then you too will receive the promised gift of the Holy Spirit and you too will begin to prophesy (proclaim the Word of the Lord).

We always think that Prophesy is foretelling future events, but sometimes it’s just forthtelling (in a Spirit inspired and gifted way) what’s about to happen immediately or what is already happening. God gives Spiritual insight to those whom He has called, both men and women, young and old, WOWzer!

My friends, if you are a believer in the Lord Jesus Christ today, then you ARE a prophet of the LORD, just like the prophets of old. Now do you believe that? Do you accept that He’s going to use you? Are you ready and willing to be used by the Lord in such ways?

Have an awesome weekend, I’m praying that many more believers will recognise their high calling and be used by the Lord to be an influence for good in the home, the workplace, school, college, university, offices, streets and in the neighbourhoods. May people look upon your life and see the good that you are doing and glorify your Father in Heaven. When you open your mouth to speak, speak God’s Word in your time, Oh Holy Spirit please use us ALL today. Amen!